News: Steampunk Writers Around the World 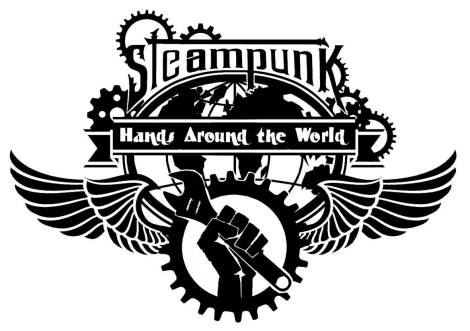 A few years ago, Kevin D. Steil, also known as Airship Ambassador sent me an email with a curious idea. He said it could be awesome… or a crazy idea. We talked about it and worked on it… and we created Steampunk Hands Around the World, an annual digital event made by Steampunks and fans from all the globe. Thanks to that idea, we knew wonderful people from here to the other side of the world: USA, Mexico, India, New Zealand, Japan, South Korea, South Africa… My friend Paulo C. Ramírez, co-editor of the series of Spanish anthologies “Acronos” was one of the Steampunks who didn’t doubt to join the project. And some of those people that we met were writers, too. So, Paulo and I, as editors of anthologies, we thought: “We’ve met a lot of wonderful authors from all over the world. Why we didn’t edit an anthology with some of them? It could be awesome!”
It’s been a long time since we started to work on it: “Steampunk Writers Around the World – Vol. I”. It was not easy. It was hard and it hurt…
Publicar un comentario
Leer más
Más entradas